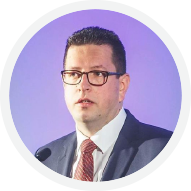 “Some encounters are simply meant to happen, no matter how difficult the circumstances are.”

The meeting between the presidents of Italy and Slovenia last summer in Trieste/Trst was another encounter long in the making. It happened at an event with a strong message: the symbolic return ceremony of the Narodni Dom to the Slovene community. The building was an expression of the social, political, cultural and economic revival of the Slovenes in the city until the arson carried out by the fascists and nationalists in 1920. This gesture marks a new chapter in the bilateral cooperation to the benefit of the minorities in both countries and a clear statement of support for the Slovenes in Italy.

FUEN also got a new ally in the region thanks to the Minority SafePack Initiative. The Autonomous Region of Friuli Venezia Giulia, home of Slovenian, Friulian and German communities, took stance after the European Commission’s regretful decision not to initiate legal acts based on our European Citizens’ Initiative. The expression of support and solidarity from all corners of Europe clearly shows that our movement was not just a one-off moment, which could have ended when we have collected the 1.2 million signatures, but one that is vigorous in many European regions.

And now, finally, we arrive to the inevitable encounter in September 2021, which was initially planned for 2020, but it was meant to happen anyway. I am really glad that SSO and FUEN can welcome together the Congress guests and participants to the capital city of Friuli Venezia Giulia, the captivating Trieste/Trst.

The past months represented a challenging time and I think we learned a lot from the pandemic. It certainly strengthened my conviction that the core of our work is based on personal contacts and relationships. This is what helped all of us to overcome the crisis, this is what gave us the hope we can return to “normal” within our communities. I would like to thank all of you for keeping together also in these hard times.

As you could have seen, our Congress agenda is full of important and interesting topics, such as the discussion about the future of European minorities. I am looking forward to listen to and discuss with you the most important topics for our organisations and minority communities. Let’s plan together and let’s join our creative energy and strong determination and, last but not least, let’s celebrate that we can finally be together again!

Member of the European Parliament
President of FUEN 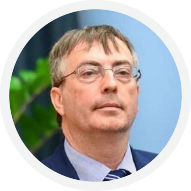 “You will surely be charmed by the hospitality and beauty of our places and people, you will be able to take home unforgettable memories”

It is only two years since the Confederation of Slovene Organisations became a regular member of the international umbrella organisation FUEN, and we are already honoured to be able to host its congress in our home city of Trieste / Trst. The city of Trieste / Trst is the capital of the Autonomous Region of Friuli Venezia Giulia, which enjoys its administrative autonomy thanks to the presence of three national communities: Slovenian, Friulian and German.

Since the Bratislava Congress, which also marked the 70th anniversary of FUEN, we have been discovering the large family of national and linguistic minorities that gathers under its umbrella. This community gathers within itself an incredible potential of different energies which may not have great strength individually, but together we can go very far. And this is particularly important in the political sphere, where the voice of national and linguistic minorities must be heard at European, national and local level.

The Confederation of Slovene Organisations, the umbrella organisation of Slovenians in Italy, is very pleased to welcome the arrival of the large family of national minorities that are united in FUEN. You will surely be charmed by the hospitality and beauty of our places and people, and you will be able to take home unforgettable memories that may bring you back to us again in a year's time.

President of the Confederation of Slovene Organisations
(Svet slovenskih organizacij)

Please note that participation in the FUEN Congress 2021 is restricted due to the Corona pandemic. Please read our conditions of participation carefully before registering:

Participants arriving from an area subject to mandatory quarantine at the time of the FUEN Congress according to Italian entry regulations, regardless of whether one is vaccinated, tested or recovered, will NOT be able to attend the Congress. These are those states/territories that are not listed under categories A, B or C.

BEFORE ENTERING ITALY, EVERYONE MUST ALSO FILL IN THIS ENTRY FORM AND CARRY IT WITH THEM IN PRINTED FORM: https://app.euplf.eu/#/

HYGIENE RULES AT THE EVENT

All participants will be handed out a hygiene concept shortly before the congress, which must be observed by the participants on site.

For all participants who have a negative COVID19 test on entry, need to be retested after 48h and require a negative test for departure, we will provide a free antigen COVID19 test at the FUEN Congress Hotel (Savoia Excelsior Palace) on Friday 10 September 2021. The test costs 15€ per person and is to be paid directly on site. If you would like to take advantage of this offer, please register under the following link by 06.09.2021:

The registration period has ended!
If you have additional questions please send an email to congress@fuen.org.

Trieste / Trst is well connected via the highway network and has very good public transport connections with its neighbouring cities Venice and Ljubljana via train and bus.

Occasionally you might also find flight connections to Pula airport.

Only Congress
Prices per person, including: all meals, congress fee, excursion, cultural program and city tax

Trieste/ Trst is the capital of the autonomous region of Friuli Venezia Giulia, currently home to 200,000 people. Besides the Italian majority, the largest minority community are the Slovenes. The city is characterised by diversity. Situated between the Adriatic Sea and Slovenia, one can get from 0 to 350 metres above sea level in less than 10 minutes. Trieste is quite central to the rest of Europe. Close to the Slovenian-Italian border, one can get to Vienna faster than to Rome. The metropolitan flair that lies over Trieste/Trst can be traced back to the time of the Habsburg monarchy, when it became one of the most important cities in the empire because of its well-located harbour.

To this day, the city is marked by its history as a crossroads of languages, peoples and religions, which gives a sense of its Central European and at the same time Mediterranean soul. On the bus or in the tram you can hear Italian, German, Slovenian, Hebrew, Serbian, Croatian, Greek, Macedonian and Syrian all at the same time. The city also has places of worship for all the major religions.

The Slovenian minority lives in the Karst region, a limestone plateau located in Italy and southern Slovenia, whose geology is characterised by limestone deposits from the Cretaceous period. The settlement area further extends along the coast of the Gulf of Trieste/ Trst, across the mouth of the river Vipava and the "emerald river" Soča, and the valleys of Nediža (Iudrio), Ter (Torre), and Rezija at the foot of the mountain Kanin and the canal valley (Valcanale) near the pilgrimage site of Svete Višarje (Mon-te Lussari).

The Slovenian minority has representatives at the municipal level and in the regional council of the Friuli-Venezia Giulia People's Assembly.
A representative of the Slovene minority also sits in the Italian Senate. Relations with the Italian state were complicated, especially when fascism prevailed in Italy after the First World War. Slovenes in Italy are granted certain rights by the "Slovenes Law" (Law No. 38) of 2001. The current challenges are the recognition and use of the Slovene language in the public sphere and administration and, in addition, the appointment of representation in the Italian parliament.

Slovenes in the Friuli-Venezia Giulia region speak Slovenian, but the dialects in rural areas vary from place to place. The Karst dialect, the Gorizia dialect and the Slovene dialect in Benečija (in the former province of Udine) are worth mentioning. The dialect from the Rezija Valley stands out in particular. The Slovene dialect in Kanal Valley is also spoken by some Slovenes in Carinthia/Koroška, Austria. In Slovene, the minority calls itself Slovenska manjšina v Furlaniji Julijski krajini ali Italiji.

The Slovene minority in Italy has a daily newspaper Primorski dnevnik, two weekly newspapers Novi Glas and Novi Matajur, a newspaper published twice a month Dom and a cultural magazine Mladika. The national radio station RAI broadcasts an all-day radio programme and an evening television programme in Slovene. The Slovene minority is integrated into the national school system, where lessons are also held in Slovene. Slovene organisations organise numerous cultural, artistic, sporting and religious festivities and events. The cultural and festive highlight is the Slovenian Culture Day, which is held every year at the beginning of February.

The Confederation of Slovene Organisations - coordinates and represents its members in the public administration, in the Republic of Italy and the Republic of Slovenia. SSO works for the preservation and spread of the Slovenian language and national consciousness. An important core issue, as mentioned above, is the appointment of a representative in the Italian Parliament. The Union of Slovenes in Italy is the political party of the Slovenes in Italy in the Friuli-Venezia Giulia region. It was founded in 1963, has been a member of FUEN since 1988 and, together with other regional and minority parties, forms the European Free Alliance (EFA) in the European Parliament. Even before the SSK was founded, there were parties in the cities of Trieste/ Trst and Gorizia/ Gorica/ Gurize, some of which then merged to form the present party.

The Narodni Dom is of special meaning for the Slovenes in Trieste /Trst. After its opening in 1904, the Narodni Dom was an expression of the social, political, cultural and economic upswing of the local Slovene community. 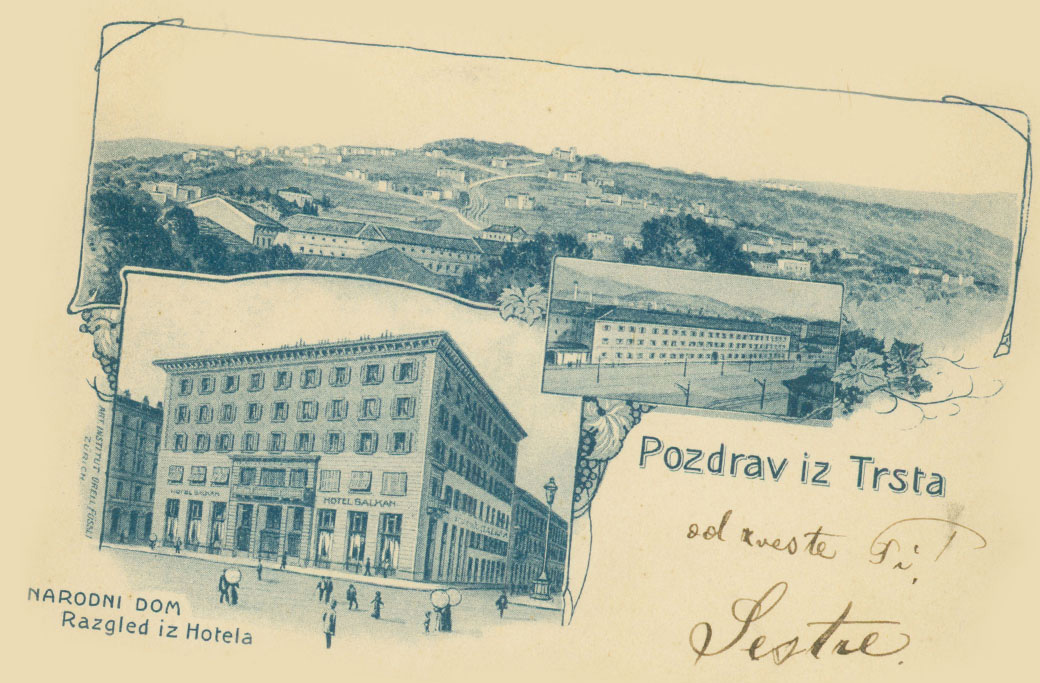 Numerous Slovenian and Slavic associations from Trieste/ Trst moved into the building, which also housed a theatre, a restaurant, a café and a hotel. On 13 July 1920, it was set on fire by Italian fascist and nationalist groups as part of a pogrom against Slovene institutions and businesses in Trieste/ Trst. After this attack, the building was then forcibly sold.

Immediately after the liberation, demands for the return of the Nardoni Cathedral began, but they were without success. It was only in 2001, with the passing of the Law for the Protection of the Slovene Minority, that the restitution was made an obligation of Italy.

Finally, on 13 July 2020, the symbolic restitution ceremony of the Narodni Cathedral in Trieste/ Trst to the Slovenian community took place in the presence of the Italian and Slovenian Presidents Sergio Mattarella and Borut Pahor. The ceremony of restitution of the building marks the 100th anniversary of the arson by the fascists and nationalists.

The building was assigned to the newly established Narodni dom Foundation, set up by leading Slovenian organisations, the Slovenian Cultural and Economic Union (SKGZ) and the Confederation of Slovenian Organisations (SSO), also a member of FUEN. Pending the final transfer of the interpreting school of the University of Trieste, which is the current owner of the building, the University could provide the Slovenian minority with some premises on the ground floor of the Narodni dom. This process will take several years and will only be completed if all measures are successfully completed. 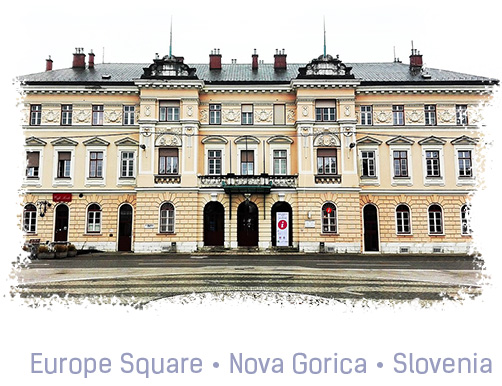 In the city of Gorizia/ Gorica/ Gurize, the effects of the 20th century border demarcations in Europe are particularly tangible, because the Italian-Slovenian state border runs through it. It was not until Slovenia joined the EU and the Schengen Agreement for this border came into force in 2007 that residents were able to access all areas of the town without restriction. Together with the neighbouring Slovenian city of Nova Gorica, Gorizia/ Gorica/ Gurize will become European Capital of Culture 2025 with a strong emphasis on cross-border cooperation. 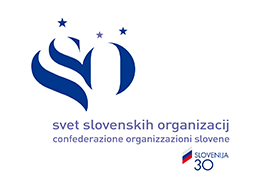 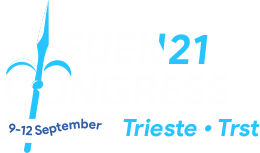 Please choose your status on the first page!
Romanian press form is different from the others. Your participants fields have been reset.
Error